Straub-Huillet at Work in the Editing Suite in “Onde jaz o teu sorriso?”  (2001)

HUILLET: “Do you want my seat?”
STRAUB: “No way.”
—Dialogue between Jean-Marie Straub and Danièle Huillet in Onde jaz o teu sorriso? (2001)

Things that are just have a particular look, and your cause, I must admit, does not.
— Dialogue from Klassenverhältnisse (1984)

Jean-Marie Straub and Danièle Huillet met in Paris in 1954. He fell in love with her almost immediately during their classes together; she was eighteen and he was twenty-one. He was preparing a film about the wife of Johann Sebastian Bach, Anna Magdalena. Per Straub’s account, he had immediately asked Huillet to join him in making it. By 1958, they had fled France after Straub refused mandatory conscription in the army to go fight in Algeria. They settled in West Berlin, where after a series of stops and starts with financing the Bach film, they made their first four films together, though Huillet was not always credited as a director alongside Straub. These were Machorka-Muff (1963), a short satire sounding the alarm about Germany’s post-war rearmament, the mini-feature Nicht versöhnt (1965), their Kronik der Anna Magdalena Bach (1968), which had finally taken over a decade to bring to fruition, and Der Bräutigam, die Komödiantin und der Zuhälter (1968), a short film starring Rainer Werner Fassbinder and Hanna Schygulla.

Over the next several decades Straub and Huillet would steadfastly continue their work, producing on average about one film every couple of years and working in relative obscurity. For a brief window, their films acquired a certain prestige on the university circuit, particularly in the United States, but otherwise their work remained firmly on the outskirts of the world of international cinema. Without exception, each of their films was derived from a text—musical or literary—and imparted a deeply idiosyncratic idea of how this text ought to be adapted. The Straubs sought an absolute minimum of artistic tampering with the text and the performers’ rendition of it during the filmmaking process, an extraordinarily deliberate work of manifesting the words or the music onscreen in all their clarity. To name just a few authors whom Straub-Huillet “adapted” on film: Arnold Schönberg (Moses und Aron, 1975 and Von heute auf morgan, 1997), Heinrich Böll (Nicht versöhnt and Machorka-muff) Franz Kafka (Klassenverhältnisse, 1984), Bertolt Brecht (Geschichtsunterricht, 1972 and Die Antigone des Sophokles, 1992), Pierre Corneille (Les yeux ne veulent pas en tout temps se fermer, ou Peut-être qu’un jour Rome se permettra de choisir à son tour, 1969), and Marguerite Duras (En rachâchant, 1982).

By the late 1990s, Straub and Huillet were working more regularly in Italy, where they had moved in 1969 after completing their Bach film, and were preparing a project in Sicily based on Elio Vittorini’s anti-fascist novel Conversazione in Sicilia (1938-41). Once shooting concluded, they accepted an offer to teach at Le Fresnoy, the famous film school in northern France, in exchange for full access to an editing suite for a month and a 35mm print of the film. While lecturing, they would be able to edit this latest project in peace and with Huillet’s customary focus (their lives were lived on the basis of such practical exchanges and arrangements). At the same time, they received a request from Pedro Costa, a filmmaker with whom they had only a passing acquaintance and whose cinema was then unknown to them, to collaborate on a film about their work. He had been asked by André S. LaBarthe and Jeanine Bazin to make a documentary about the Straubs for their series “Cinéastes de notre temps”, an assignment Costa had eagerly accepted given his abiding admiration for their films. Immediately, Huillet said no, citing her need for intense focus during the editing process; Straub was equally suspicious. But their friend Jacques Rivette, one of the key filmmakers of the French Nouvelle Vague, intervened, vouching for Costa’s No quarto da Vanda (2000) which he had just seen at a festival in Paris.

By the late 1990s, Costa had slipped into a deep and abiding artistic crisis. Until that point, the Portuguese filmmaker had directed three professional arthouse productions—O Sangue (1989), Casa de lava (1995), and Ossos (1997). Within a couple of years, his crisis had given way to a revolution. Following the production of Ossos, Costa abandoned the way of making cinema to which he and many other filmmakers had become accustomed—with the crews, the 35mm cameras, the private funding, the producers, and so on—and went to Fontainhas, a Lisbon slum where he had previously spent some time, dedicating days and nights to working with a junkie named Vanda Duarte on a movie made inside the four walls of her bedroom, armed with only a small mini DV camera and a microphone. In the resulting three-hour film, arguably the locus classicus of early digital cinema, Vanda’s room became the stage for an epic vision of a marginal existence, with improvised conversations between Vanda and her friends comprising the backbone of an enormous and vivid portrait of daily existence. When Straub-Huillet realised that Costa, right on the heels of No quarto da Vanda, would be working virtually alone with only small digital camera, they accepted that he wouldn’t disturb them in their work. And so he stayed with them for the whole month, with an assistant and a sound man, from ten in the morning until five in the evening, from Monday to Friday, as they edited what became Sicilia! (1999).

Jean-Luc Godard called the resulting film, Onde jaz o teu sorriso? (2001), the greatest ever made about editing. And it is also now widely considered by those who love and admire it a rom-com for the ages: a boisterous portrait of a lifelong romantic and artistic partnership (it has long been difficult to determine whether Straub and Huillet were actually married) full of verbal sparring and unexpected, off-kilter humour. How can two people possibly stay together for more than forty years other than through a shared work? Danièle Huillet herself bluntly poses the question. The movie is also a fascinating collision of artistic sensibilities: Costa’s closed, phantasmagorical world and the Straubs’ unadorned, open-air theatre; Costa’s blending of sounds and images and Straub-Huillet’s rigorous pursuit of empirical clarity; Costa’s inky darkness and the Straubs’ bright daylight. Costa’s protagonists recline in sofas, pace uneasily through doorways, smoke heroin, read from the Bible, or here assemble movies—all to fantasise themselves out of a inscrutible dream from which they are unsure they will ever awake. In No quarto da Vanda, the sound of bulldozers and hammers tearing down the neighbourhood around Vanda’s small, dark room are an ever-present reminder of the limits of these liminal projections of an inner world. Huillet and Straub editing Sicilia! fit somehow among this cast of characters—Danièle hunched in a chair, staring at a cavalcade of apparitions on the editing table’s screen; Straub pacing in and out of the suite’s open doorway, as if shuffling uncertainly along the borders of a netherworld. In the Straubs’ own movies, the protagonists are, on the contrary, Olympian vessels for the voice of Utopia (religious, communistic); their backs are perfectly straight, their words fully enunciated. There is none of the uncertainty of the stop-start speech and crooked gaits we hear and see again and again in Costa’s movies.

Needless to say, Onde jaz o teu sorriso? is all these things: no single film has better represented the actual work of an artist—here, artists—at work in an editing suite, shaping the material of a film like clay, moulding it from one image and sound to the next, deliberating time and again on the matter of a few frames—frames that make all the difference to their work of cinema. Much of this arises from ingenuity on Costa’s part in the face of a massive production obstacle. After he arrived at the school to begin making the movie, Costa encountered a rather obvious problem. How could he shoot in darkness like that? The editing suite had almost no light, artificial or otherwise. A single door, practically always closed; no windows; a lamp attached to the Steenbeck editing table that flicked off automatically whenever film cycled through it. Huillet had stipulated that there could be no external lights of any kind brought in for the purpose. Costa’s response? Focus on the images from Sicilia! themselves, recorded over Huillet’s shoulder. As such, we are forced throughout Onde jaz o teu sorriso? to contemplate these images for minutes at a time, whether static or in motion, as Huillet painstakingly cycles from one frame to another and back again. At one point, we see—or believe we see—the hidden smile of the film’s title, itself a quote from their Von heute auf morgan, in a scene on a train. Straub and Huillet, reaching into the frame from off-screen, point to a grin appearing almost invisibly at the edges of their protagonist’s eyes, a startling psychological detail contained in a mere few frames.

While peering at these images being worked deliberately into a narrative structure, we listen on the soundtrack as Danièle bickers or argues with Straub about one thing or another; calls sternly for silence; deflates him as he goes off on a long philosophical tangent; or as they discuss with the most extraordinary clarity the work of assembling a film. This kind of directness and intimacy would only be possible with Costa’s then-revolutionary digital minimalism. Thus it is impossible to separate their romance and their life—what we glimpse of it, at least—from their work; Straub’s pontificating from Huillet’s cutting; reality from dream; life from cinema; the boundary of the editing suite from the parallel world we never glimpse beyond the doorframe, a border Straub himself straddles repeatedly as they work. It is like watching a cathedral pieced together one brick and one trowelful of mortar at a time. Costa intersperses these scenes with Straub ostentatiously introducing their films to a cluster of students at Le Fresnoy—Huillet often sits a few metres away, listening, or at the back of the room, waiting in shadow—as well as, far more mysteriously, with strangely furtive sequences of film being threaded with great deliberation through a projector. There’s the continuum into which it all must fit, between the measured assembly of the film in the editing suite and the philosophical and technical discussions that explode around it, the ideas one later uses to introduce it in person, before an audience (however small), and, yes, the phantasmagorical work of illuminating it on a screen for others to absorb privately.

Which brings us to the ending, one of cinema’s greatest, stolen from Renoir’s French Cancan (1954): Straub and Huillet wander up to the doors of a cinema in which their film is playing. Presumably, it is coming to a close, as we hear one of Beethoven’s string quartets and the whir of the projector. They are no longer speaking. Danièle peers in at the movie through the small window and then wanders up a set of stairs, presumably to the projection booth to supervise the final moments of the screening. Straub begins to follow her but then returns to the door and listens a while longer. He sits on the steps beside it. He flicks his lighter on and off, watching the flame shudder as he moves it from side to side. Catching onto the melody, he begins to conduct the music with a few serene flicks of the wrist, like Jean Gabin bobbing his foot in time with the performance at the end of French Cancan. Both men’s creation is unfolding out of sight a few metres away from them; all that is left for both is to mime along with its rhythms. From just off-screen, Straub listens as a movie—his and Danièle Huillet’s—slips into the continuous flow of the world.

Author is a film curator and director 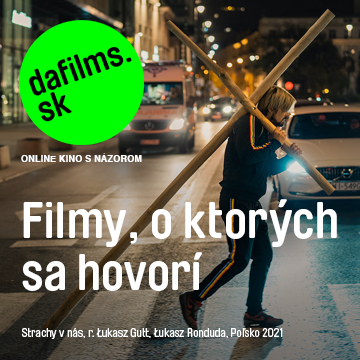