By Oxford Dictionary home is defined as the place where one lives permanently, especially as a member of a family or a household. For some, home comes easily without further thinking, built from four walls, kitchen, bed, warm water, heating. For many it comes as a constant fight for roof over their head, safety. For some, like me, puzzled world of places that provide me with necessary basics, work opportunities, culture, like minded community. But home can also mean abstract, ungraspable idea of one’s base from which they build their position within the world and grow.

As a freelance artist, with a part-time job in a little concept store, for a minimum wage, volunteering in a non-profit organization and some small-and-very-rare side jobs I do not have the income of 3 or 4,5 times the amount of expected monthly rent for a house I would need for myself in Amsterdam. And I doubt I ever will.

I am an expat, who does not work in a corporate. But I am an white expat educated in The Netherlands, with sufficient English accent, which only occasionally fails and uncovers my Slavic background. From my appearance no one can ever guess where I am from. Currently I live in a student social housing (housing for people with low income), which happened to me as a bonus of lengthy friendships and mutual care. Coincidence.

And perhaps the whole Amsterdam life is about coincidence. Or privilege? And even privilege brings problems and struggles of various forms and shapes and I aim to live reminding myself daily of what comes fully served to me, does not to the others.

The Netherlands is known for its openness. Parading itself with overall population happiness and safety. Economy. Human rights, which may from our Slovak perspective seem progressive. As well as being multi-cultural, which again almost feels unreachable for Slovakia as a nation.

However as a 4 year long resident of Osdorp, predominantly Turkish and Moroccan neighbourhood, I see the division between us and them. Take a map of Amsterdam and look at the canals surrounding centre of the city, so close to each other. The moment they get further from each other, notice a ring-way A10, a highway that separates the centre from its “suburbs”. The city is almost naively separated from other parts by their peoples’ ethnicity, religion, nationality.

Surrounding parts of the city are considered lively. Each part is specific for its markets, shops, restaurants and people. As if the mix of cultures that Amsterdam is proud of is literally in the food and people variety itself, and is automatically pronounced as a Dutch variety. Undoubtedly Dutch enjoy this. I do too.

But I also feel this obsession with “foreign cousine” goes two ways – its as if the value of former Dutch colonies mostly lays in food that was brought to The Netherlands after each of these colonies claimed their independency.

Dutch originally are known for the lack of national dishes and flavours, cooking at home minimally, which shows not only in the usual length of the kitchen counter, but also peeled and chopped onion bits wrapped in plastic bag available in every supermarket.

The consequences of being multi-cultural capital cannot go unnoticed. I don’t doubt that many back-then migrants came for a better life in NL and as well found it. Despite being already an eu citizen, I did too.

But have Dutch fully addressed their colonial past? And even if so, do they work actively against not applying the same systems to citizens that have post-colonial or migrant background?

Zwarte Piet (black face helper that comes every year with Sinterklaas ) might be seemingly kicked out, Golden Coach / Gouden Koets (a royal golden horse carriage with portrayal of half-naked slaves making gestures of submission to the royal house) might be not in use anymore, but only on display, arts and culture might organise just another symposium to criticise the art trade in The Golden Age and their “treasures” that unjustly hang in Dutch museums. But is that enough?

It is known that the struggles of people with migrant background are a result and a by-product of capitalism. Dutch needed more work force do to the jobs that Dutch themselves did not want to do – and so allowed people from various places to come and chip in. In this case not only people from former colonies, but also people from Balkan, arrived in waves. The idea of leaving politically and economically unstable country and looking for a place to live the “Western dream” is not foreign to us either.

Interestingly, during the first wave of pandemic many seasonal workers were not allowed to stay due to temporary or no contracts at all, as well as loosing their housing, which even outside of pandemic is on the verge of standard that one needs. As official ban for international travellers lasted weeks, Dutch potatoes and cabbage ended up rotting on the farms.

Another scandal that uncovers ongoing systemic racism, shook the country and led the past government collapse just before the 2021 parliamentary elections was Toeslagenaffaire. Toeslagen are financial benefits that one can receive as support for housing, health insurance and childcare. In this case the tax authorities have falsely accused over 26 thousand parents of fraud and required them to pay the debts that in fact did not exist. The twist? Majority of these people were of double nationality and with non-Dutch surnames, from big part Bulgarians and Romanians. This profiling based on surnames especially when many large Dutch corporations were given tax cuts unveils deeper failures of a country that is seen as progressive.

Not being in a position of a migrant of last century or someone from a former Dutch colony, I might have more options within European context. Myself being a migrant on different level, I have struggled on minimal level with residence (no need for residence permit as EU citizen), administratively I was able to arrange everything myself (speaking English fluently, eventually Dutch too) and financially I was covered for the duration of my studies (economical situation of my family). To rent a house as a student all I needed was capital high enough to pay the monthly rent + deposit, and a written confirmation from my parents as my guarantors. Arriving to NL I was able to get a Dutch bank account straight away, having the confirmation of my studies. I did not need a work permit either, again the benefit of being an eu citizen. My stay in The Netherlands is not limited to any amount of time, nor my options within that.

My non-EU friends on the other hand fight up until today for their residence permit, therefore work permit, most of them giving up their original passports for being able to obtain the Dutch one. For comparison, I was legally eligible for one after 5 years of residence, but as my studies were 6 years and each study year counts as a half, I am eligible for a Dutch passport just as of last autumn. Slovakia as well as The Netherlands do not allow having both passports yet, but I have the option to give up the Slovak one and be fully Dutch.

Let’s say I would not care for my Slovak nationality on paper, it may seem easier for a person like me to „forget“ where I came from and take on a complete new nationality, perhaps a new identity too. Many had and have to. Learning Dutch is a doable step and obtaining higher education in The Netherlands helps, but not everyone has the ability, time and resources. But should not the core idea of multi-cultural places be to nurture and maintain culture of each and single individual that appears there? Believing that every single person living in one country and being given the same chances, opportunities and safety – whether legal, economical or social – should not be seen as utopia.

Sometimes it feels like my background is valued only when it fits the situation. When people appreciate and are interested in the culture I came from, my language, or other skills I keep proving to the world. Like for seasonal workers from Balkan or other parts of Eastern Europe, who are needed and valued only for a limited amount of time. But being so essential that without them otherwise high export produce now rots in the fields.

Having to constantly explain geography to Dutch people and that Slovenia is “the one with the sea” and Slovakia is ”the other one” is just the tip of an iceberg. Toning down the jokes about Russian stereotypes, which are in my case too geographically incorrect, requires unnecessary emotional labour on my side. On daily basis I shift between being proud of my background and hiding it in order to appear more educated and cultural (or perhaps cultured?). Maybe part of me thinks I have chances to be more respected if people have no idea where I am from.

But one thing comes as a fact – my life in NL, as temporary or as permanent as it may be, comes from a choice. And that choice comes from a privilege. The same privilege that ensures I can leave anytime I decide to – or for as long as I can afford it.

Despite having to constantly justify my life in The Netherlands to Dutch people and most likely never loosing the word expat written on my forehead, I must credit the country for giving me the setting standard that Slovakia lacks: reproductive justice in form of free and accessible abortion, birth control covered by health insurance, rights of queer and non-binary people being respected and followed, trans peoples‘ right to legally change their gender on birth certificate without undergoing compulsory sterilization and sex reassignment surgery, legalized same-sex marriage and adoption, euthanasia, as well as much more make the list that helps me justify my Dutch life to Slovaks.

I am aware of even longer list of rights that have to be introduced and passed, holes in the system that have to be filled, and injustices and struggles of many groups of people that have to be solved. One thing is for sure – no matter if in The Netherlands, or in Slovakia – we have to press harder on governments and municipalities and address discrimination and profiling people based on their nationality, ethnicity, skin colour, sexual orientation, gender or religion and create communities that will fight this together. Because many fights are just in the beginning.

The author is a visual artist, a volunteer for Neighborhood Feminists and is based in Amsterdam. 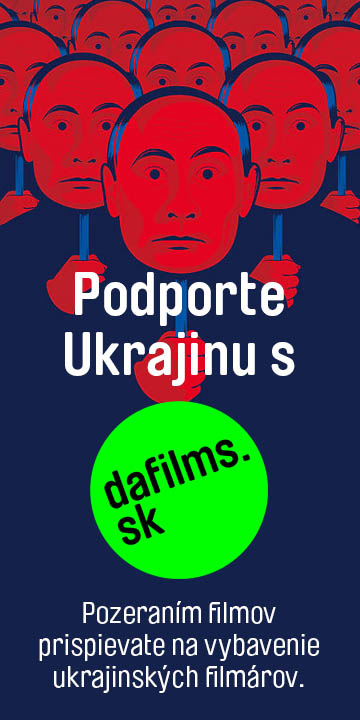 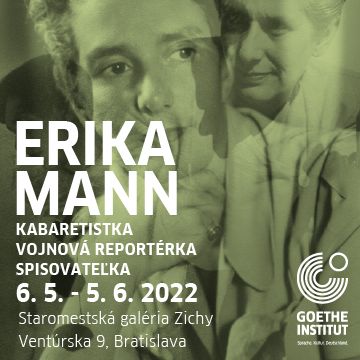 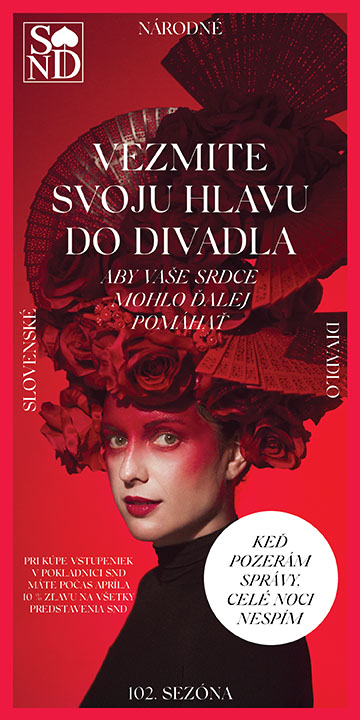 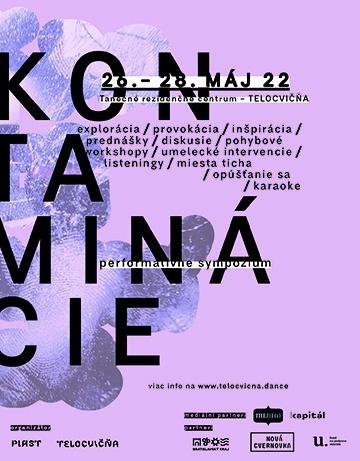